Not all of the best Android games are also on the iPhone, just as not every iPhone game is also available on Android devices. That’s weird: Android’s the biggest operating system in the world, and not just on smartphones. If your goal is to have the largest possible audience, Android seems like the play to make. It may not get the hype or the apps that iOS does, but Android is pretty much everywhere. And yes, there are tons of great games available for phones running this OS. Here’s a quick look at the 20 best, once again in no particular order. 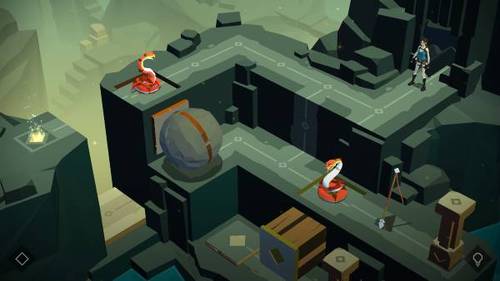 Last year’s Hitman Go was a crowd-pleaser, and its successor, Lara Croft Go, really is every bit as good as they say. It’s prettier and more action-packed than Hitman—in other words, it’s better in almost every regard—all while refining the turn-based puzzle/action design template that made Hitman Go so successful last year. Mimicking Agent 47’s “stealth” sequences, Lara now has to sneak up on snakes to shoot them—okay—but Lara’s world is so much less static than Hitman Go’s was. With Lara running and jumping and clambering up cliffs with such vigor and life, you might forget that this puzzle game is entirely turn-based. It’s all quite a feat, especially given that, on a mobile phone, Lara is a centimeter tall.—Jenn Frank 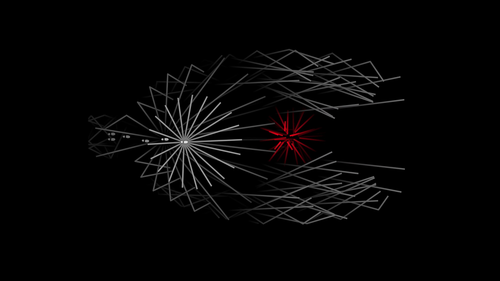 As the name suggests, Dark Echo is built around sound. The screen is black except for your shoes and the sound waves that reverberate from your steps. You have to closely watch the sound waves to avoid traps and find the unseen exit to each stage. This dependence on audio might limit when and where you can play the game—you can suss it out on sight alone, but it definitely helps to pay attention to what you hear—but when you’re able to plug in a pair of headphonesDark Echo is a top-flight puzzle game that emphasizes a sense often overlooked by games.—Garrett Martin 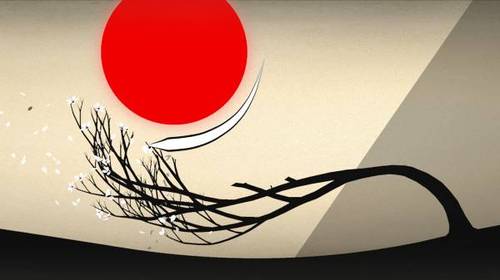 Prune is unabashedly an ‘art’ game, but it has zero pretensions: At its core, it’s a gorgeous, solid puzzle game. In it, you shear a lone tree’s branches (by swiping at the touch screen), carving away at the tree so that its limbs will grow around numerous obstacles and curl toward the sunlight. Apparently, the game itself was inspired by the practice of trimming bonsai, which might make Prune sound like a slow, contemplative, perhaps even arduous game experience. It isn’t. Because the tree grows so quickly, Prune often tends more toward an ‘action’ pace: You can usually brute-force your way to level’s end by beating back vines as fast as you can—which is to say, there isn’t a ‘right’ way to play Prune. It’s graceful, sophisticated, and wholly gratifying to play.—Jenn Frank 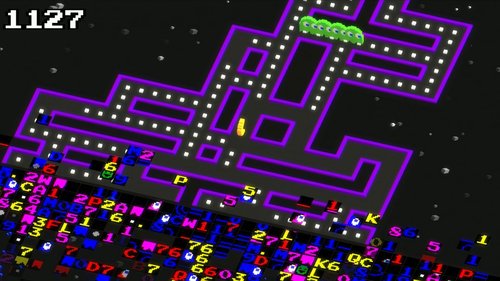 The original Pac-Man effectively ends on the 256th screen. A glitch covers half the level with gibberish, and it’s impossible to collect enough dots to move to the next screen. Pac-Man 256 uses that kill screen as the basis for an endless version of the all-time classic, where you have to stay alive as long as possible while avoiding the ghosts and outrunning the glitch. The backstory doesn’t make it great—it’s the smooth way in which this game takes a primordial gaming experience and turns it into an addictive and contemporary mobile experience without losing any of that classic spirit.—Garrett Martin 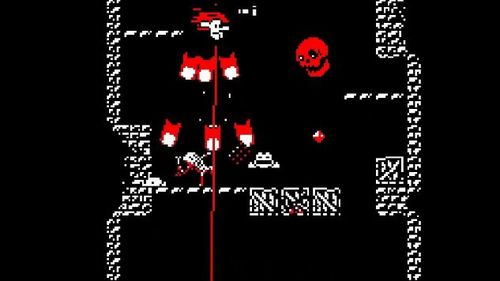 Downwell is a crunchy, rapid-fire “Spelunky-like” (are we at that point already? Are we prepared to start describing games as “Spelunky-likes”?) but, instead of side-scrolling, Downwell occurs vertically, in a procedurally-generated dungeon that the player falls down through. The player’s sprite will often fall right past powerups, enemies, and treasure rooms, making the game wonderfully frenetic torture. Fortunately, the player is equipped with a pair of goddamn gun-boots—making you, the player, feel incredibly powerful for every second you’re not staring in shock at the Game Over screen. —Jenn Frank 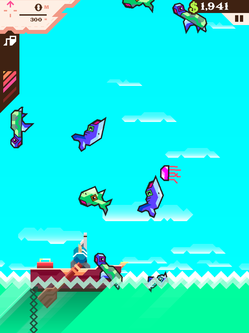 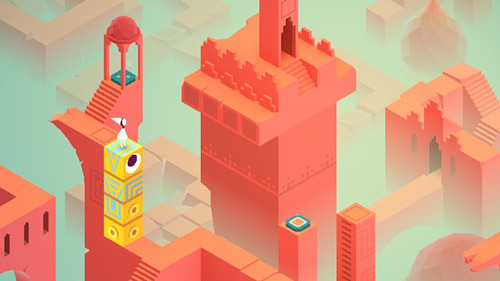 Monument Valley is a brief, wondrous piece of art about structure and perspective. Technically it’s a puzzle game, available now for iOS and coming soon to Android, but its puzzles serve less as brain-teasers than as a vehicle to explore Ustwo’s beautifully crafted environments. The game’s artwork, which unfolds across ten succinct chapters, borrows heavily from the works of M.C. Escher, the Dutch graphic artist known for his “impossible constructions”—grand rooms filled with infinite staircases, balconies simultaneously above and below one another, spires at once in the foreground and background. Monument Valley isn’t entirely about optical illusion, but its pastel stages consistently channel this brand of imagination.—Matt Akers

Crosswords with a Twist